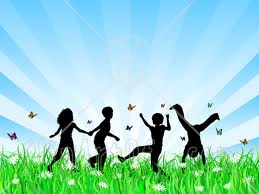 As a child, I loved playing Follow The Leader. It was a game where we not only followed the leader, but did as the leader did, and at times we would even have to say what the leader said. At times we’d get so into the game , that we would imitate him even when he did something that wasn’t part of the game, like scratching his head or putting his finger on his head to think of what else to do. The main rule was that we remained behind the leader and were not to pass him and do our own thing. So the closer we remained to him, the better we could see and hear him. Sometimes we followed by walking and other times by running, jumping, crawling, rolling or even taking baby steps. Those who desired to play followed closely, did as he did, said what he said and moved when he moved.

Many times in the Bible Jesus said, “Follow Me”. Though, following Jesus is not a game, it has the same standard rules. Just as in my childhood game, the leader wanted total dedication, not halfhearted commitment. Jesus wants us to follow Him as closely as we can so we won’t miss a single step. He wants our focus on Him, imitating Him the best we can. Sometimes those behind us can only see us following the Leader, therefore imitating us as we imitate Jesus.

Begin following The Leader (Jesus) today by reading the Bible every day, choose to do what He says in His Word, and live your life the way Jesus lived His.

Got anything to say? Go ahead and leave a comment!